Redmi K30 camera specifications have been leaked online – just days ahead of its official launch. The new Redmi phone is said to debut with a 64-megapixel Sony IMX686 primary sensor, which is yet to be announced by the Japanese tech giant. The Redmi K30 is already confirmed to come with a quad rear camera setup. In addition to the camera leak, Xiaomi has posted a teaser image on Weibo that reveals the screen size of the Redmi K30. The handset also appears to have an all-new 12-antenna structure supporting 5G and 4G networks. It has also been teased with battery capacity and fast charging support.

A tipster on Weibo has shared the alleged camera specifications Redmi K30General Chat Chat Lounge The smartphone is said To have the 64-megapixel Sony IMX686 primary sensor with an f / 1.89 lens. The new sensor is also accepted to be 1 / 1.73-inch size. Xiaomi recently teased the presence of the "world first high-resolution image sensor" On the Redmi K30 that could eventually come as the Sony IMX686.

An official render showing the Redmi K30 just earlier this week confirmed The Redmi K30 will come with a vertically-aligned quad rear camera setup that will be surrounded by a ring design.

Xiaomi has continued to release Redmi K30 teasers and this time, an image highlighting its screen size has been released. It shows that the smartphone will come with a 6.67-inch display along with a hole-punch design that comes in 4.38mm of size. The cutout notably includes a dual selfie camera, as seen in the official teaser. 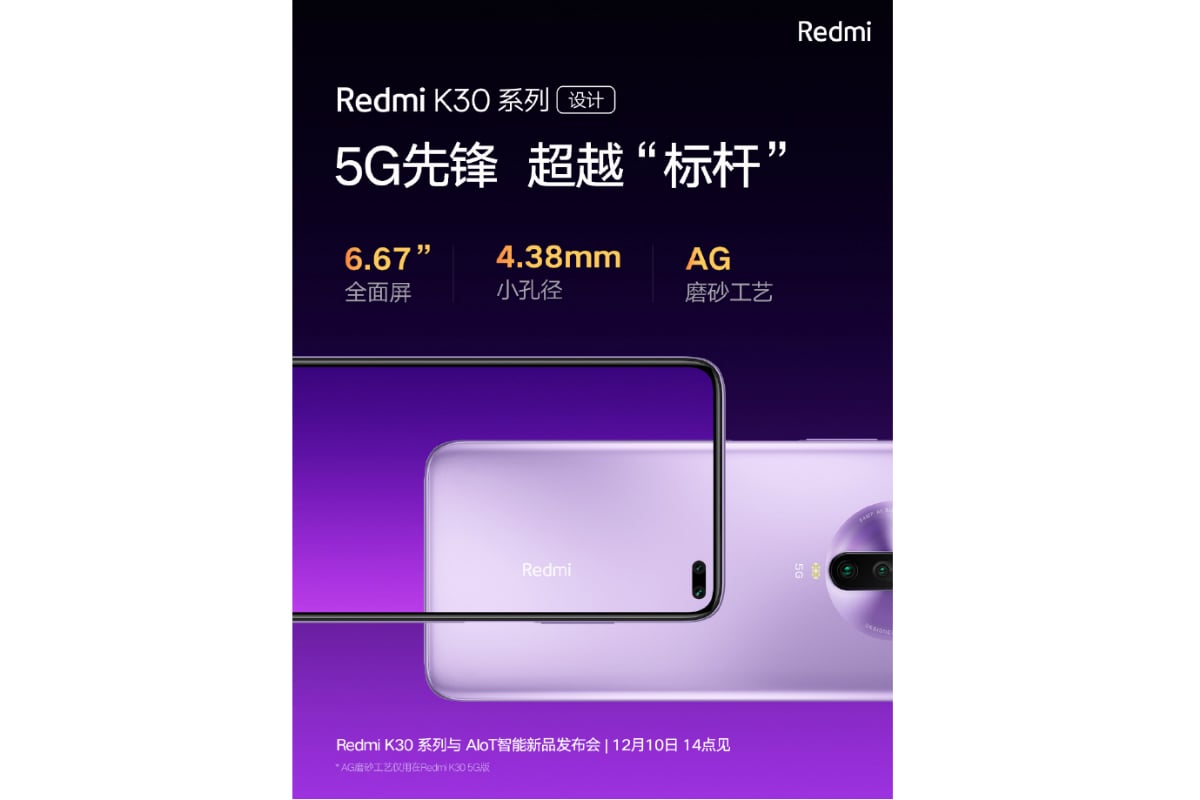 The Redmi K30 sports a hole-punch design that comes in 4.38mm of size
Photo Credit: Weibo

The image also shows that the Redmi K30 will come with an AG frosted glass back. We've seen phones as such OnePlus 7T in the recent past with a similar glass cover.

Weibing also projected That growing trend of hole-punch display design on smartphones in 2020 through a following post on Weibo. He mentioned that while pop-up selfie camera smartphones offer an ultimate full-screen experience, the pop-up mechanism adds thickness to the structure and occupies space that can be used in place 5G antennas. This is unlike the hole-punch design that helps provide high screen-to-body ratio and thin build – without compromising on the front-facing camera, he added.

The Redmi K30 is touted to sport the industry's smallest selfie camera cutout.

In a separate teaser image, the official Redmi account on Weibo highlighted that the Redmi K30 will come out 12-antenna design That would be 2.4 times the number of antennas for 4G phones to support next-generation 5G networks. We have seen in previous reports that the new Redmi phone will come with dual-mode 5G connectivity to support both standalone (SA) and non-standalone (NSA) networks.

The Redmi K30 battery capacity has also been teased. The smartphone is confirmed to carry a 4,500mAh battery That would support 30W fast charging. There is also Quick Charge and USB Power Delivery (PD) support. 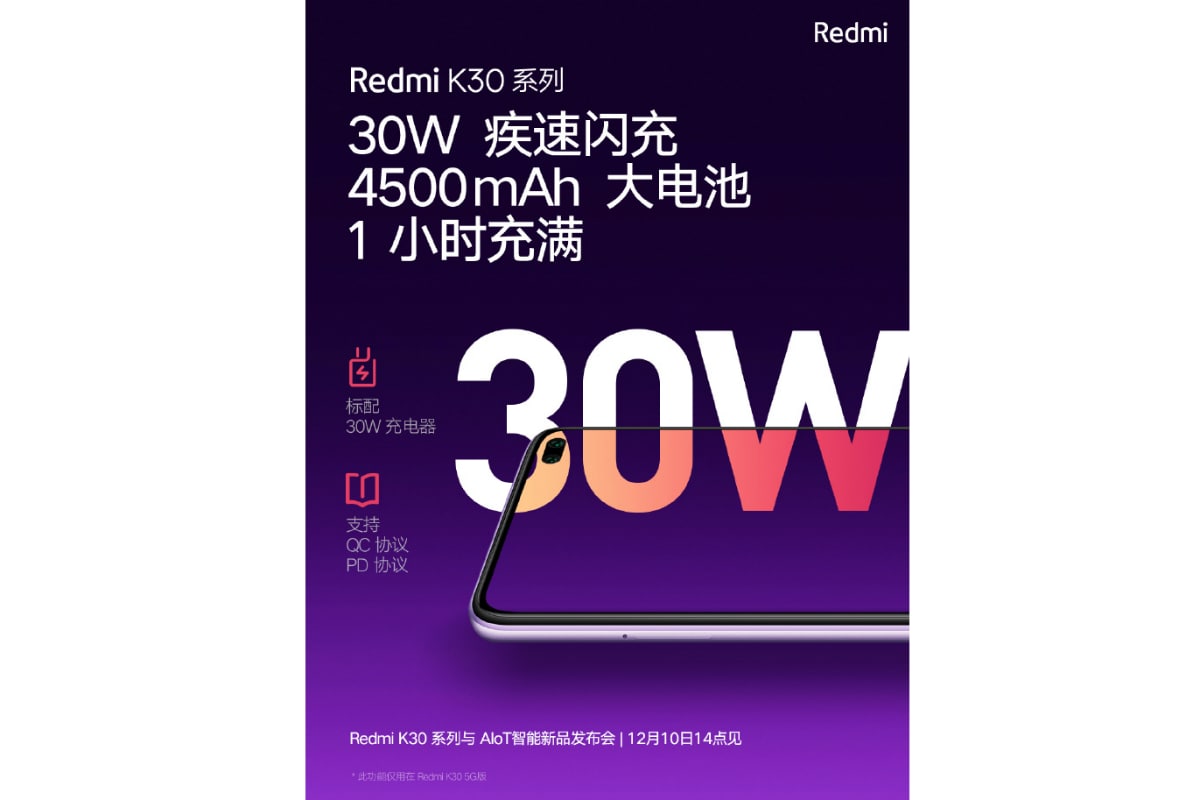 Redmi K30 is teased to have a 4,500mAh battery
Photo Credit: Weibo